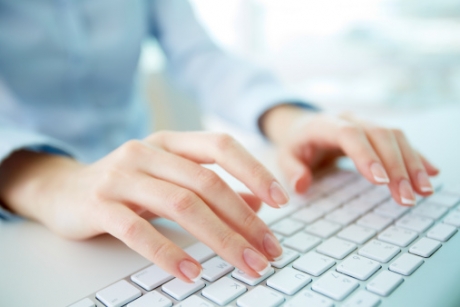 You’re working at your desk, trying to ignore the tingling or numbness you’ve had for months in your hand and wrist. Suddenly, a sharp, piercing pain shoots through the wrist and up your arm. Just a passing cramp? More likely you have carpal tunnel syndrome, a painful progressive condition caused by compression of a key nerve in the wrist.

Women are three times more likely than men to develop carpal tunnel syndrome, perhaps because the carpal tunnel itself may be smaller in women than in men. The dominant hand is usually affected first and produces the most severe pain. Persons with diabetes or other metabolic disorders that affect the body’s nerves and make them more susceptible to compression are also at high risk.

Early diagnosis and treatment by an orthopedic doctor are important to avoid permanent damage to the median nerve. Treatments for carpal tunnel syndrome should begin as early as possible, under a doctor’s direction. Underlying causes such as diabetes or arthritis should be treated first. Initial treatment generally involves resting the affected hand and wrist for at least 2 weeks, avoiding activities that may worsen symptoms, and immobilizing the wrist in a splint to avoid further damage from twisting or bending. If there is inflammation, applying cool packs can help reduce swelling.

Nonsteroidal anti-inflammatory drugs may ease symptoms. Other medications can be injected directly into the wrist or taken orally to relieve pressure on the median nerve, providing immediate, temporary relief.

Alternative therapies such as acupuncture and yoga have been shown to reduce pain and improve grip strength among patients with carpal tunnel syndrome.

Carpal tunnel release is one of the most common surgical procedures in the U.S. Generally recommended if symptoms last for 6 months, surgery involves releasing the ligament around a portion of the wrist that compresses the median nerve. Surgery is done under local anesthesia and does not require an overnight hospital stay.

Although symptoms may be relieved immediately after surgery, full recovery from carpal tunnel surgery can take several months. Patients should undergo physical therapy after surgery to restore wrist strength.

You can help to prevent this disabling occupational illness by performing stretching exercises, taking frequent rest breaks, wearing splints to keep wrists straight, and by being mindful to maintain correct posture and wrist position.