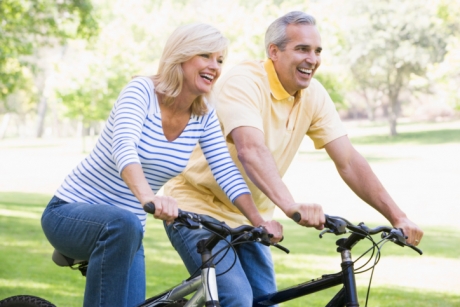 Orthopedics is in great demand, specifically from an aging baby boomer generation. Some of the more common surgeries are total knee and hip replacements, which topped 906,000 in the US in 2009, according to the American Academy of Orthopedic Surgeons. The majority of people that are getting these surgeries are baby boomers, those born between 1946 and 1964.

A study released by Drexel University forecasts that this age group will account for a 17-fold increase in knee replacements alone, surmounting 994,000 procedures annually, by 2030. Baby boomers are unlike older generations in that as their joints are wearing thin, but they want to maintain a high level of activity. Their activeness may be a reason why they need replacements as over exertion accelerates osteoarthritis, the main reason cartilage fades away from joints.

The orthopedic surgical trend is moving towards minimally invasive surgery. Total knee replacement (also called knee arthroplasty) is a common orthopedic procedure that is used to replace the damaged or worn surfaces of the knee. Replacing these surfaces with an implant or “prosthesis” will relieve pain and increase mobility, allowing patients to return to normal, everyday activities.

Minimally invasive total knee replacement is a variation of the traditional approach. The surgeon uses a shorter incision and a different, less-invasive technique to expose the joint—with the goal of reducing postoperative pain, risk of infection, and speeding recovery.

During any knee replacement, the damaged cartilage and bone from the surface of the knee is removed, along with some soft tissues. The goal of knee replacement surgery is to provide the patient with a pain-free knee that allows for the return to daily activities and lasts for a long time.

In addition to a shorter incision, the technique used to open the knee is less invasive. In general, techniques used in minimally invasive knee replacement are “quadriceps sparing,” meaning they avoid trauma to the quadriceps tendon and muscles in the front of the thigh. Other minimally invasive techniques, called “midvastus” and “subvastus,” make small incisions in the muscle but are also less invasive than traditional knee replacement. Because the techniques used to expose the joint involve less disruption to the muscle, it can lead to less postoperative pain and reduced recovery time.

The hospital stay after minimally invasive surgery is similar in length to the stay after traditional knee replacement surgery–ranging from 1 to 4 days. Physical rehabilitation is a critical component of recovery. Your orthopedic surgeon or a physical therapist will provide you with specific exercises to help increase your range of motion, restore your strength, and get you back to your normal routine as quickly as possible.