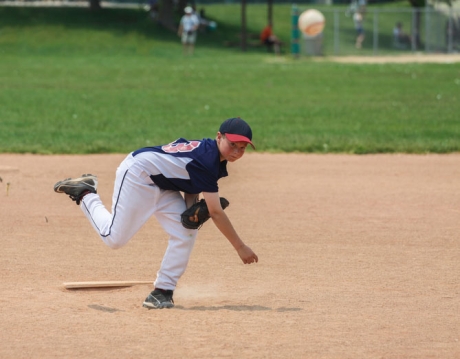 So-called Tommy John surgery, a surgical repair for injured elbows, has saved the careers of many a major-league pitcher. While this may seem like an extreme treatment for a high school athlete, a recent study in the American Journal of Sports Medicine has found teenage pitchers now undergo more of the procedures than any other group. These results highlight the risk of overuse injuries in this age group, according to orthopedic specialists.

The study found that athletes ages 15 to 19 account for 56.8 percent of the ulnar collateral ligament (UCL) reconstruction procedures, commonly known as Tommy John surgery after the pitcher who won more than half the victories in his 26 years in the major leagues after becoming the first person to undergo the procedure.

Damage to the UCL, a band of tissue in the elbow that binds the upper and lower arm bones together, is typically an overuse injury caused by throwing at extreme intensity and frequency.

Sports have become so competitive that young athletes are often playing for nine or more months every year on school teams, travel teams and in multiple leagues, tournaments, showcases, camps, indoor ball and other programs. Playing when fatigued, and when a player’s physical condition and technique may not be the best increase the risk of developing an overuse injury.

The study shows both the incidence and regional demographic of Tommy John surgery in the United States. Interestingly, Tommy John surgery is most often performed in the second quarter of the year – during the traditional high school baseball season – and performed most often in the South than in any other region in the United States, echoing earlier research that showed that Major League players who grew up in the South are more likely to have Tommy John surgery as well. However, indoor baseball and travel teams is now extending the baseball season here on the East Coast, as well.

The American Sports Medicine Institute has issued recommendations in its “Position Statement for Youth Baseball Pitchers” that include, limiting pitching to no more than 100 innings per year, taking a break from overhead throwing for an optimal four months per year, and plenty of vigilance about rest and proper technique.

Major League Baseball has launched its own “Pitch Smart” initiative, which includes guidelines for coaches, young players and parents, to avoid overuse injuries.

Consult a sports medicine specialist or orthopedic physician at the early signs of these symptoms. Your doctor will conduct a thorough physical examination and order an MRI to assess the degree of the UCL injury.

There are three classifications of a UCL injury of the elbow:

An ulnar collateral ligament tear results in an elbow that loses function altogether. Consulting an experienced sports medicine or orthopedic consultant at the earliest stage of injury can help alleviate further damage.

Ice, rest, anti-inflammatory medication and physical therapy, as well as the use of a cast or splint, will often help to resolve a mild UCL injury.

Surgery may be required for more acute tears and ruptures, using a minimally invasive, arthroscopic surgical approach where the ulnar collateral ligament is reconstructed using a soft tissue graft.